© Copyright in all Peter Naughton's publications /services is strictly reserved by the publisher. No material therein may be reproduced or transmitted in any form or by any means, electronic, mechanical, photocopying, recording or otherwise without written permission from Peter Naughton (March 2008) 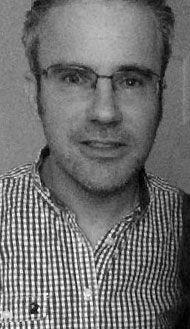 Peter has been a regular presenter on Racing UK since the channel launched in May 2004. He made his Channel Four debut in August 2003 when co-presenting The Morning Line.

His initial broadcasting experience was gained with The Racing Channel before joining the team of presenters on Attheraces and Sky Sports' The Winning Post.

He writes a weekly column for Raceform, compilers of the official Form Book, and has contributed to Marten Julian's legendary 'Dark Horses' and the Racing Post's 'Ten To Follow'.

In November 2008 Peter's success in the record-breaking £5 million Scoop6 was covered across all media, including ITN, BBC Radio Five Live, Channel Four & most national newspapers.